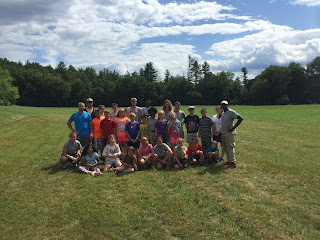 The inaugural summer of the Muckross Youth Day Camp is currently underway in Springfield, VT, and is serving more than one hundred Springfield youth in Grades 1 through 8!

The camp is a result of the state’s ongoing acquisition of the estate of the late Edgar May. Called "Muckross," the property is slated to become the newest Vermont State Park once the property transfer becomes official. Edgar May, the first national assistant director of AmeriCorps' VISTA program 50 years ago, bestowed his property to the state with the premise that it be used to provide outdoor recreational and 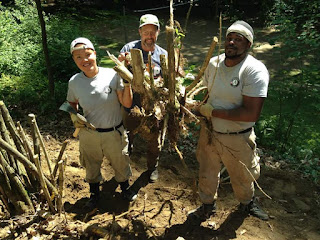 educational opportunities with an emphasis on Springfield youth and elders.

Terry Carroll, a native of western New York, is a VISTA volunteer serving with Vermont State Parks since last August. He has led the summer camp project from its inception, and is serving as de-facto camp director this summer.

"It has been a very rewarding experience,” Carroll says. “Having the opportunity to see the program through has been a tremendous challenge, but it is great to see the results in action.” 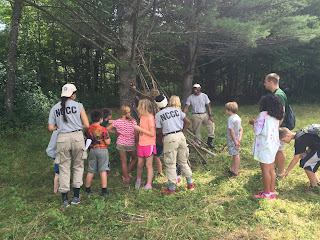 In addition to its work with the summer camp, the NCCC team (National Civilian Community Corps) is also working with the state parks to remove invasive plant species from Wilgus State Park and Mt. Ascutney State Park. Each week, as half of the team members travel to the day camp from their temporary residence at Mt. Ascutney State Park where they are camping in lean-tos and tents, the other half works to remove garlic mustard, honeysuckle, barberry and other invasive plants from the two neighboring state parks. Armed with gloves, weed wrenches, loppers and a steely resolve to remove the terrestrial invaders, the team has already eradicated much of the invasive plant population at Wilgus State Park. Next they move to Mt. Ascutney where they will work to do the same.


“The work they are accomplishing at Wilgus and Mt. Ascutney is critical to helping reduce the spread of invasive plants in these areas,” says Parks Regional Manager Ethan Phelps. “This is work that needs to be done, but we don’t have the staff resources to tackle it alone.” 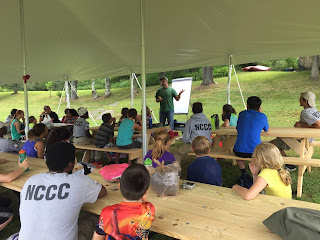 This work will continue until August 7, when the Muckross Youth Day Camp completes its inaugural summer. Carroll will leave soon after, when his term of service ends in mid-August. At that time he will be replaced by a new VISTA member who will be tasked with taking his place identifying and developing partnerships, and working to ensure the success of the day camp for its second season and beyond.

“Terry has been a tremendous asset to Vermont State Parks,” Phelps says. “The next VISTA member has big shoes to fill. But Terry has laid the framework to help ensure her success and the future success of the project.”