Showing posts from February, 2011
Show all

Today, it is predicted that Vermont is getting heaps of snows! Many activities can ONLY be done with fresh snow, but one in particular is certain to tickle your taste buds. Use fresh, clean snowflakes to make your own ice cream . This recipe is a great way to get outside and have fun with family and friends while creating a treat! Fresh Snow Ice Cream (vanilla) Ingredients: 1 gallon of clean snow 1 can of condensed milk 2 cans of evaporated milk 1/2 cup of sugar 2 tablespoons of vanilla Directions: Best if made outside, so the bowls stay cold while mixing. Gently fold the condensed and evaporated milk into the snow. Add the sugar and vanilla. Mix well. Stir until it looks like ice cream and then serve in a bowl or cone. For those of you that are chocolate lovers, adjust the ingredients a little. Fresh Snow Ice Cream (chocolate) Ingredients: 1 gallon of clean snow 1/2 cup of sugar 1 cup of evaporated milk 1/2 teaspoon of vanilla unsweetened cocoa to taste Mix all ingredients toge
1 comment
Read more 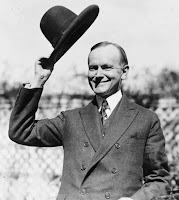 Did you know that Calvin Coolidge was sworn in as the 30th President of the United States by his father, in his boyhood home of Plymouth Notch, Vermont on August 3, 1923? Why not spend today, President's Day, in a state park named after one, Coolidge State Park ? While you're there, enjoy great winter hiking, snowshoeing, or skiing. Click here for a winter trail map . After taking in beautiful views and fresh air, travel a short ways down the road to Calvin Coolidge Historic Site where you can fill up on stories about President Coolidge and other historic facts. President Coolidge once gave a speech while in Vermont saying, "I love Vermont because of her hills and valleys, her scenery and invigorating climate, but most of all because of her indomitable people. They are a race of pioneers who have almost beggared themselves to serve others. If the spirit of liberty should vanish in other parts of the union and support of our institutions should languish, it could
Post a Comment
Read more 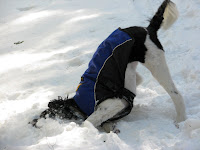 The weather's changing with warmer days, but still cold nights. We're not sure if it's going to snow, rain, or do nothing at all this weekend. So, we've put together a list of fun winter activities for all types of February weather. Weather - snowy and cold Make your own icicle treats Materials: a clean container such as a bucket or bag, water, (flavoring if you want to eat your icicle) Directions: Poke a small hole in the bottom of the container (just enough for a drip to go through) and find a place outside to hang it (not over a walkway since it will be creating ice!) Mix some water with a flavoring, such as some maple syrup or juice and fill the container. It's best to put the container outside at the end of the day and the next morning you should have a homemade icicle! *Note the size of the icicle depends on the temperature and the size of the hole - try a few different locations, hole sizes, and times of day. Enjoy experimenting and a frozen treat! Weathe
2 comments
Read more 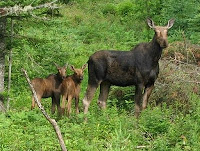 One of the most asked about foods made by Seyon Lodge Innkeeper, JessieMae, is a recipe called "Moose's Great Granola". You might wonder where “Moose” factors into this. Don't worry, no moose meat is in this granola. Moose was a nickname JessieMae gave her mother as a teenager and it stuck! Friends and family still lovingly call JessieMae’s mother "Moose" today. This is a great recipe to do with family and friends and a perfect snack during long hikes or when you're out camping this summer. Moose’s Great Granola Ingredients: • 3 cups regular rolled oats • 1 ½ cups chopped nuts of choice • 1 cup dried cranberries (or raisins) • 1 cup shredded coconut • ½ cup butter melted • 1/3 cup honey Directions: Preheat oven to 350. Mix the oats, nuts, cranberries, and coconut in a bowl. In a saucepan melt the butter and honey together until combined. Stir into the dry ingredients and spread onto a sheet pan. Bake for 7-10 minutes and then stir, then bake anoth
2 comments
Read more
More posts