Showing posts from January, 2018
Show all

We Found A Fox! 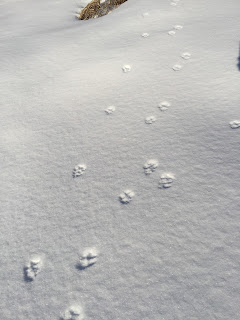 Tracks seen after new snow by Rebecca Roy, Conservation Education Coordinator for Vermont State Parks  Curious, deliberate explorers, foxes live on the edge of forested areas. You can look for their deliberate tracks, straight and true on the edges of fields where the world gets brambly. Hunting for small rodents in the subnivian layer, sometimes you luck out and find a place where a fox has pounced into the snow to grab a tasty mouse to eat. Snowy weather brings the opportunity to see these stories left by animal tracks. We have enjoyed some good tracking weather in Vermont over the last couple months. As winter temperatures rise and fall, wildlife leave a mark as they search for food on the snowy landscape. On the edge of the woods at Silver Lake State Park, we found some fox tracks while we were sledding. Red fox tracks show all four toes, and claws in an overall diamond shaped pattern. The fox foot is about 2 inches long, and 1 ½ to 2 inches wide. Red fox feet are ve
Post a Comment
Read more 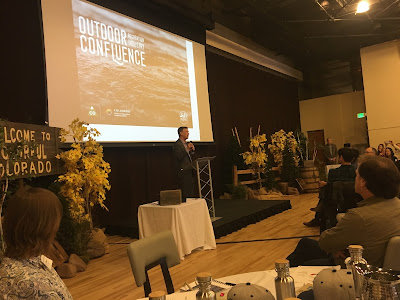 DENVER, Co-  A Vermont delegation of outdoor industry professionals will participate in the Outdoor Recreation Industry Confluence on January 24, 2018 to develop a coalition and platform for strengthening the nation’s outdoor recreation industry. Hosted by Colorado’s Governor John W. Hickenlooper, Jr. and Luis Benitez, Director of the Colorado Outdoor Recreation Industry Office, the Confluence is the first convening of states heavily invested in the outdoor recreation industry. Delegations of eight states at the Confluence will seek to collectively define priorities and specific strategies in four key sectors of the outdoor recreation ecosystem: ·          Economic Development ·          Conservation and Stewardship ·          Education and Workforce Training ·          Public Health and Wellness “The Confluence summit reaffirms Vermont’s place as a national leader in outdoor recreation and offers a unique opportunity to work with other states to unify a national vis
Post a Comment
Read more

Five More Ways To Enjoy The Parks In Winter 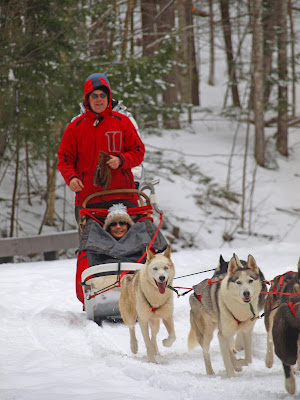 Dog-sledding at Little River State Park Cross-Country Skiing Smugglers’ Notch , Stowe VT Woodford , Woodford VT Coolidge , Ludlow VT Once the snow falls, there are many fabulous spots to explore on skis all over Vermont. Seyon Lodge has groomed trails in winter, and the Catamount Trail , an end-to-end cross-country ski trail, runs through portions of several parks including Coolidge and Smugglers’ Notch. In southern VT, a loop trail at Woodford State Park takes you around the Adams Reservoir, which sits on a plateau of the Green Mountains. Here are more places to try cross- country skiing on state lands.  Dogsledding Little River , Waterbury VT Have you ever heard about the Iditarod and thought to yourself, "that sounds like fun!"?Here’s your chance! There are several dogsled touring companies throughout Vermont, and October Siberians even offers a 2-hour tour around Little River State Park.  Off-Season camping at Gifford Woods  Ice Fishi
Post a Comment
Read more

Five Ways To Enjoy Winter In The Parks 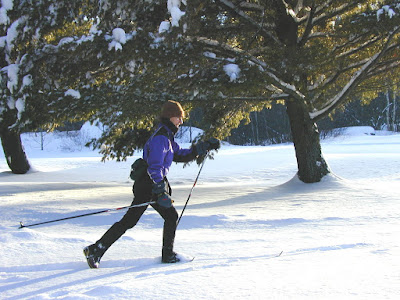 Nordic Skiing at Seyon Lodge  Visit A Rustic Lodge Seyon Lodge State Park , Groton VT Seyon Lodge is unique in the park system: a cozy lodge with 8 rooms, delicious, locally sourced meals, fly-fishing in summer on Noyes Pond, and an excellent trails system year-round. Seyon is open year round, and is a popular destination for weddings and group events like craft weekends and yoga classes. In winter, you can also make a day trip to to go snowshoeing, cross-country skiing or fat biking.  Seyon Lodge Trails map Ice climbing at Smuggler' Notch Seyon Lodge handles all its' own reservations, please call the park with any questions at (802) 584-3829.  Learn more about Seyon here Try Ice Climbing Near Smugglers’ Notch State Park , Stowe VT The cliffs around Smugglers’ Notch are popular ice climbing spots in winter. For those wanting to participate (or just watch,) the 11 th annual Smuggs Ice Bash is scheduled for January 26-28, 2018.  There is a compet
Post a Comment
Read more
More posts