By VT State Parks - January 20, 2012
We get questions of all kinds in our reservation call center, many relating to the history of certain land parcels. We're always amazed by what we learn, and thought you might be interested in this one:﻿﻿
A person wrote to us about the restoration of Camel's Hump as follows: "I came across some old photos of tin huts on the upper portion of the mountain that were used by hikers and, I guess, maintained by the GMC back in the 1920's and 1930's. I understand that those intrusions have since been removed and wonder if you can tell me when this laudable action took place?"
Gary Sawyer, Stewardship Forester for the Vermont Department of Forests, Parks & Recreation is my go-to guy for all things Camel's Hump. He knows everything about 'The Hump'. He sent some photos and this reply:﻿
﻿

During the mid to late 1800’s, into the early 1900’s, it was quite popular for folks from ‘down-country’ to travel on a train ‘up-country’ for a ‘wilderness’ experience. One of the destination locations was Camel’s Hump. The train would stop at the North Duxbury depot, from where visitors would take a horse drawn carriage part way up the mountain, resume their trek on horseback much of the rest of the way, and ‘hike’ the remaining short distance from the now called hut clearing.
﻿﻿﻿﻿﻿﻿
This hut clearing is located at the present junction of the Monroe, Burrows, and Long Trails, about 0.3 miles below the summit. This clearing was probably the location of the Green Mountain House, a hotel built by Sam Ridley and sons in 1859 for the travelers, photo attached. This structure burned down in 1875.
The Camel’s Hump Club, a Waterbury based hiking group (not the Green Mountain Club), starting in 1908, used the hut clearing for 4 tents, which were replaced with 3 huts in 1912, photos attached. These huts were removed in the 1950’s. There was also an observation building built on the very summit of the mountain, photo attached.
﻿﻿
By the way, this land (a 1,000 acre parcel, including the hut clearing) was donated to the State of Vermont by Col. Joseph Battell in 1911. 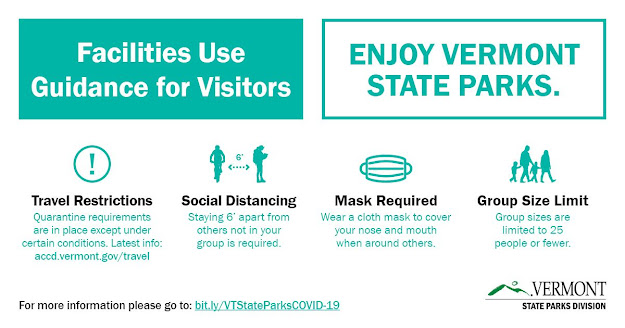 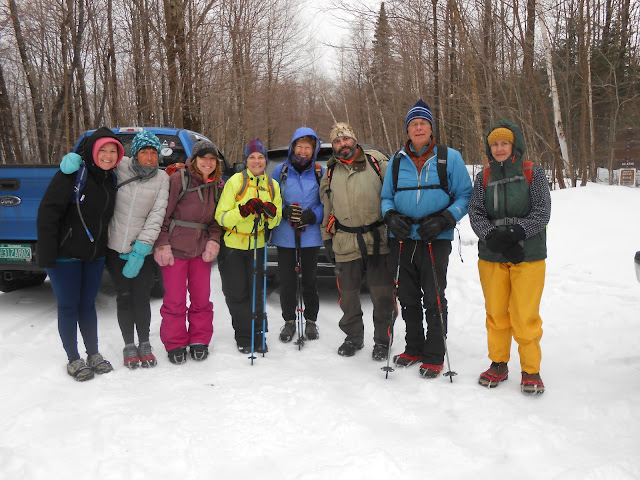 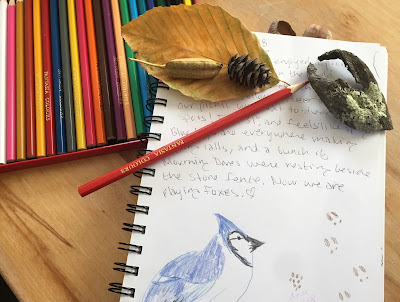 By Rebecca Roy, Conservation Education Coordinator
This is an exciting time of year. These late February days bring ten and a half hours of daylight in Vermont, and the sun feels warmer. Resident birds are singing their springtime calls, and the air smells a little bit muddy. March is usually a snowy month in Vermont, so we are patient for flowers and true spring, but early signs are all around us.
Nature journaling is a fun way to capture these signs of changing seasons. My little daughter and I have kept a nature journal for the past few years, and it is fun to look back on things we observed in past Februaries, and compare them to things we see today.
It is also fun to look back and read about summer camping trips during cold winter months. Our nature journal reminds us of the details of our experiences we might otherwise not quite remember. We enjoy looking back and remembering the worms we dug before fishing at Boulder Beach State Park, or the very first time my daughter was b…
Read more